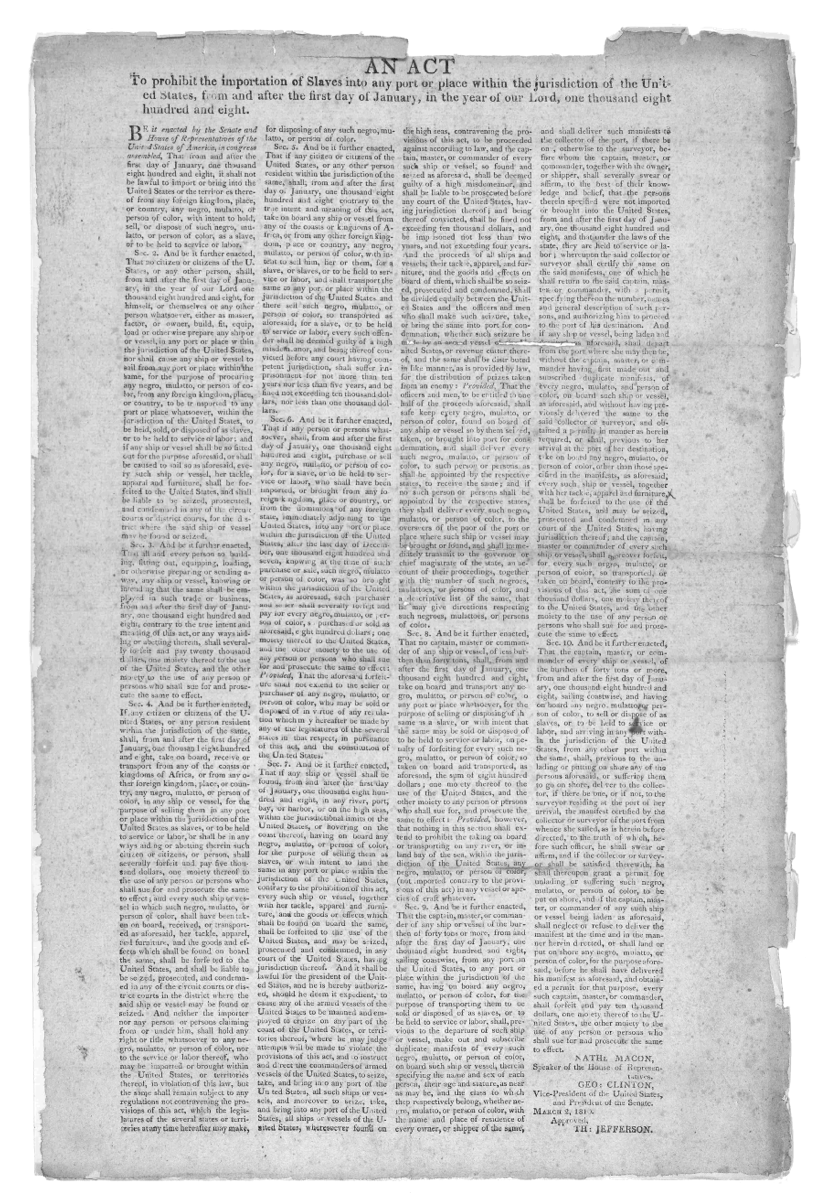 In January 1808, Congress passed an act to “prohibit the importation of slaves into any port or place within the jurisdiction of the United States…from any foreign kingdom, place or country.”

By this time, the economies of Northern states were much less dependent on enslaved labor. The enslaved population in the South, over four million people, was considered self-sustaining — the domestic slave trade remained legal, and children of enslaved people were also automatically considered enslaved. As such, some Southern congressman joined with the North in voting to abolish the African slave trade. 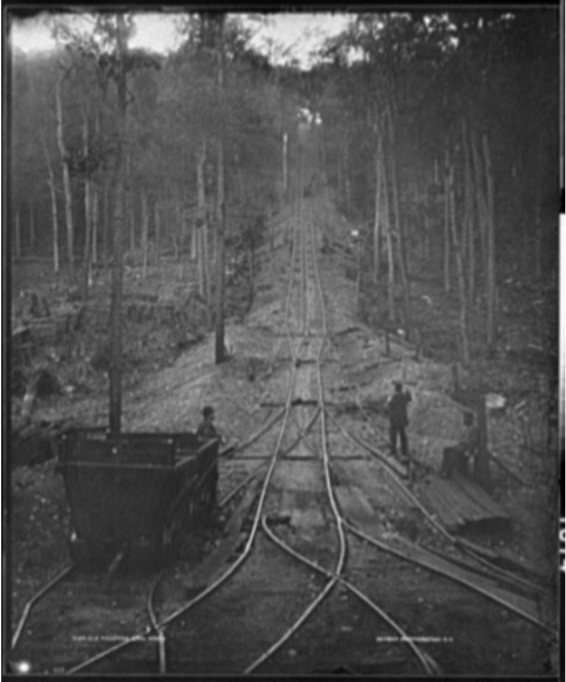 Slave insurance is a booming business

The number of the enslaved insured as property in the South was similar to the number of free Whites with life insurance in the North.

After the importation of enslaved people was outlawed, many slave owners rented out enslaved people to skilled industries such as blacksmithing, carpentry, construction, coal mining and steamboat operations for additional income.

There were many occupational hazards that accompanied these skilled jobs, and slave owners sought to insure their property, taking out policies on the enslaved to ensure compensation in case of peril.

“Slave insurance was one of the earliest forms of industrial risk management, providing an important source of revenue for some of today’s largest multinational insurance companies.” 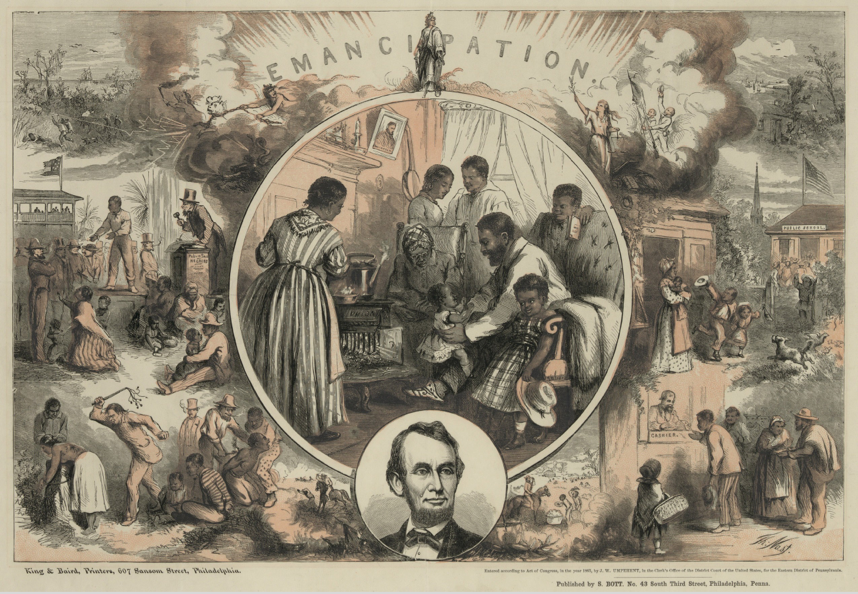 Issued by President Abraham Lincoln, the Emancipation Proclamation declared that as of January 1, 1863, all enslaved people in the Confederate states “shall be then, thenceforward, and forever free.”

This document did nothing to free the millions of enslaved people in border states that were loyal to the Union, but it opened the door to the permanent abolition of slavery in the US. Lincoln worked with Congress to pass the 13th Amendment in January 1865, which abolished slavery across the United States.

News of the Emancipation Proclamation took two and a half years to reach the Western edge of the Confederacy. The proclamation was read by Union soldiers in Galveston Texas on June 19th, 1865 – an event that is now commemorated as “Juneteenth,” and was ultimately declared a Federal holiday in 2021.

One month prior to his assassination, Abraham Lincoln signed a bill that established the Freedmen’s Bureau aiming to assist over four million newly free by:

The Bureau was in effect for only one year post-war. Citing preferential treatment and huge federal financial burden, Andrew Johnson vetoed an extension twice. Johnson continued to undermine the Bureau and Congress succumbed to pressure to dismantle the Bureau in 1872.

1865 saw the founding of the Ku Klux Klan, including veterans of the Confederate Army, and the enactment of the first “Black Codes” in Mississippi and South Carolina.

In Mississippi, a law required Black people to show proof of employment for the coming year and allowed confiscation of wages or arrests of those who left a job before the end of a contract.

South Carolina limited Black people to jobs like farmer or servant by imposing taxes on them for serving in other roles. In some southern states, any employer who offered higher wages to a previously contracted Black laborer could be punished by law. These Black codes were enforced by all-White police and all-White judges (many former Confederate soldiers) and were the original “Jim Crow” laws. 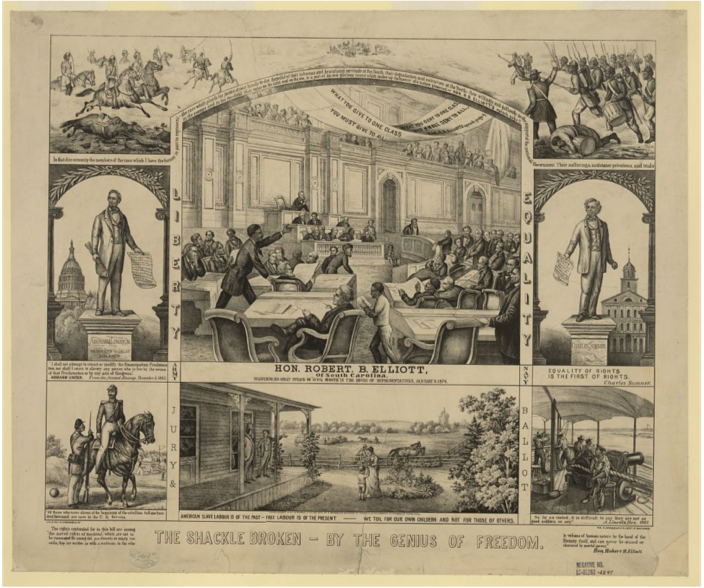 Included as part of an amendment to a general amnesty bill for former Confederates, the 1875 Civil Rights Act guaranteed all citizens, regardless of color, access to accommodations, theaters, public schools, churches, and cemeteries. The bill further forbids the barring of any person from jury service on account of race, and provided that all lawsuits brought under the new law would be tried in federal, not state, courts.

In 1883, the Supreme Court ruled this act unconstitutional, nullifying it’s efforts until the return of the Civil Rights movement in the 1960’s.

One large insurance company pioneered what was known as the “industrial” life insurance policy – a coverage that cost only a few cents and paid for burial costs for the deceased. The low cost made these policies accessible to all people, regardless of race or economic standing, and the company was able to turn a profit on huge volume of policies sold. 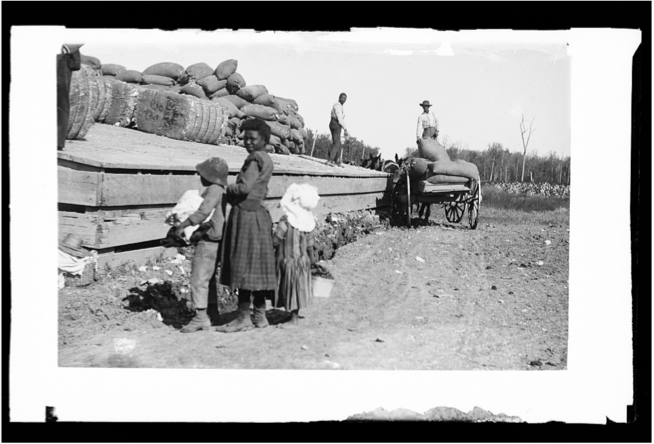 The equality of access afforded by “industrial” insurance policies lasted only six years, from 1875 to 1881, when the insurance company announced that policies held by Blacks would pay out one third less than the same policies held by Whites. Black people would pay the same weekly premiums as before but receive lower benefits.

Most major life insurance companies followed suit. Across the industry, companies blocked or disincentivized agents from soliciting Black customers, including not paying commissions for policies sold to Blacks.

This practice was defended years later, after the passage of anti-discriminatory insurance laws, by “statistically proving” higher mortality rates for Blacks.

“The myth of the actuary is the idea that there is a reality in the world that can be captured by rational choice models and statistical analysis—and that insurance companies do this ethically, objectively, and ‘correctly.’” 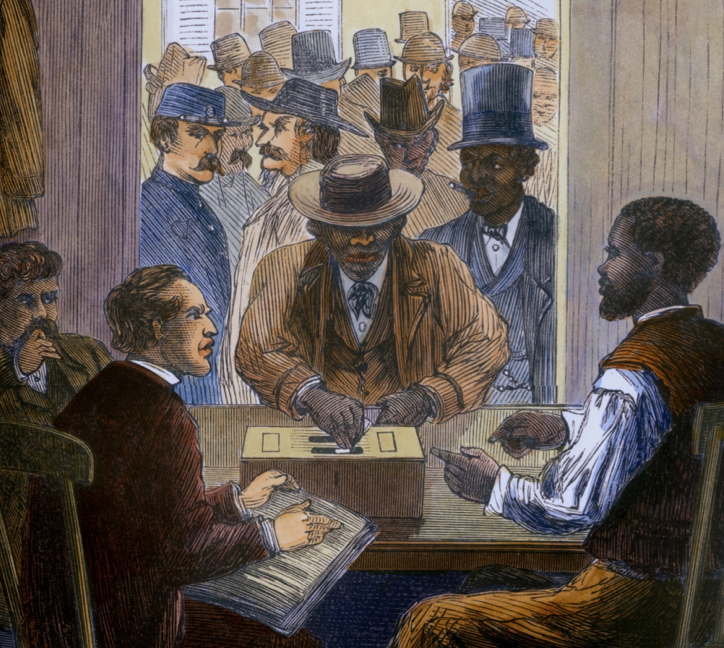 Literacy tests to determine voter eligibility were applied at the discretion of White registrars who used this power mainly against Blacks.

Many of these laws could have similarly disenfranchised poor White voters, if not for the “grandfather clause,” which exempted from eligibility tests those who were able to vote prior to the Civil War, or who had a father or grandfather who was previously able to vote.

Statistician publishes “Race Traits and Tendencies of the American Negro”

“…most of the conclusions drawn from these facts are of doubtful value, on account of the character of the material, the extent of the field, and the unscientific use of the statistical method.”